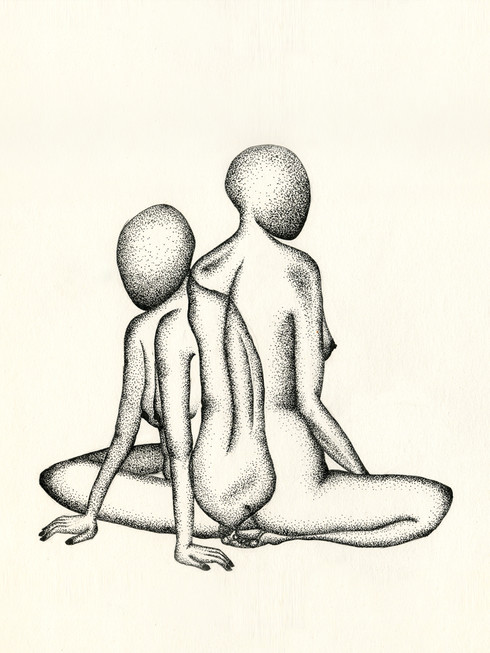 The female body means many things to many people. It’s the focus of an enormous amount of attention, a source of unlimited power and money, an essential aspect of life and the production of it, and for far too many women, a cause of much suffering and angst. A historical review of the ideal female form, however, does nothing less than prove that there is no ideal female form. Whatever women are striving for at any given moment is directly linked to their place in history, geography, culture, and in many respects, the limitations of human development. Like fashion, the one consistent element about the ideal female form is that it constantly changes.

We’ve all run into cultural differences as far as the ideal female body is concerned. Jamaican women apparently clamor for chicken pills in order to develop bigger bottoms. Carolyn Cooper, professor of literary and cultural studies at the University of the West Indies, claims that “big bottoms” equal power. “If you have no meat on your bones, the society can’t see your wealth, your progress, your being.” In Tanzania, thighs are considered the ultimate sexual part of a woman. And it’s hard to miss the breast fixation in the United States, where bigger always seems to be better.

But even when we restrict ourselves to the examination of the ideal female body in a particular region, there is a consistent level of inconsistency. Take, for example, western European culture. Up until the late 1800’s, the rubenesque woman dominated the ideal. A very curvaceous, distinctly plump body screaming with inactivity was equated with ultimate femininity and beauty. As the 1900’s approached, the ideal became thinner. The wasp-waisted figure of the Edwardian Gibson Girl cinched in the wider girth of the previous era. Then, women’s liberation took hold in the 1920’s and the ideal female shape de-emphasized reproductive characteristics. Fashion toned down curves, and a more boyish figure was sought. This clearly happened again in the 1960’s when “the Pill’’ became available and Twiggy became a household name. But jump back just one decade to the 1950’s and think Marilyn Monroe. Size 14. In today’s standard, a frequent cause for both diet and the gym.

Sadly, the underweight woman has had a stronghold on the ideal female form since the 1960’s. There have been occasional periods of athletic relief, during the fitness craze of the 1980’s and perhaps today, when exercise is considered an essential part of any healthy lifestyle. But the waif, with her distinctly unhealthy overtones, has made an appearance more than once and she doesn’t seem to be disappearing anytime soon. She’s walking around right now on the catwalks.

How in the world you might ask, do I find all is all this comforting? Quite simply, because history and cultural differentiation prove that the obsession with the ideal female form has very few lasting truths. The ideal is dictated to us, and it changes like the wind. Virtually every woman fits perfectly into one ideal or another, be it from this decade or from another century. And for those of us whose genetics happen to match a current ideal, beware: the ideal will change again. Seems like a very good reason for women of all ages and sizes to focus to health and happiness, and start enjoying the fact that they have what everyone can’t stop talking about—an imperfect, fabulous female body.