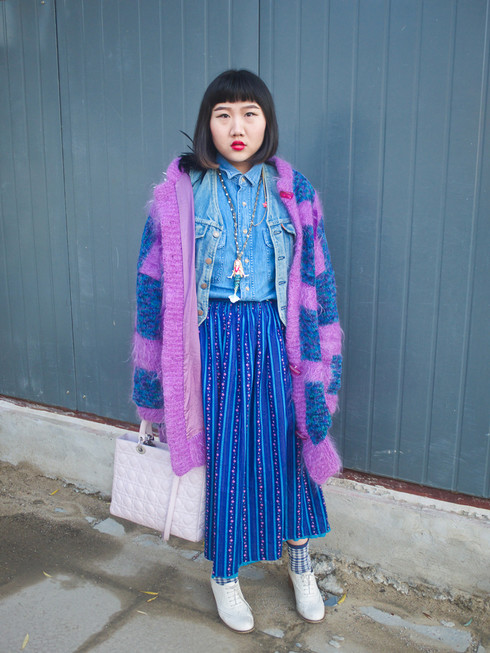 When I moved from New York to Beijing at the end of August 2009, I packed nearly every shoe, jacket, and dress I owned. For weeks I had meticulously evaluated each item in my wardrobe and determined that it was absolutely necessary to take everything, only sparing a couple pairs of old jeans. (This, of course, resulted in a hefty overweight luggage fee.) My irrational packing was driven by the belief that Beijing had nothing sartorially inspired to offer me.

In my mind, the ever-changing metropolis was littered with fast-fashion empires and luxury retailers disseminated across sprawling malls and outdoor shopping pavilions. This image, perpetuated by articles with titles like “China’s taste for high-end fashion and luxury brands reaches new heights” (published in The Guardian in April 2011) portrays the shopping scene as a playground for the foreign luxury market. One of the oft-cited statistics claims that Chinese consumers will buy over 40% of the world’s luxury goods by 2020. Yes, wealthy urbanites are shopping – but what are their young, financially constrained counterparts buying? As a recent transplant to Beijing, I was particularly invested in learning where the clothing-obsessed twenty-somethings – like myself – find the good stuff.

After about a month in Beijing, I was desperate to shop – or at least, browse. I had heard that the Gulou (“Drum and Bell Tower”) district located in the east part of the inner-city, home to trendy but tourist-filled hutongs (narrow lanes), was a good place to start. On my search, I passed countless shops selling socialist propaganda T-shirts, floral patterned totes, and embroidered silk shawls – each trying to capitalize on the tourist’s imagination of an authentic Chinese past. Tucked between the traditional yogurt vendors and scattered in the side alleys, however, were small, unassuming boutiques that catered to a different consumer. Carefully curated, these shops offered modern silhouettes done in limited palettes with quality fabrics by local designers. My curiosity was piqued.

While the figures of luxury consumption are striking, they eclipse the emerging local fashion design and retail scene. Many of the young designers have studied at elite fashion design schools in Europe and then, return to Beijing or Shanghai to launch their own lines. They belong to an exclusive group of tastemakers who are working to carve out a space of their own in the domestic and international fashion markets. But their shops and the independent boutiques that sell their collections remain sparsely populated. The pricing of these designed wares was far beyond the reach of my pockets and I suspected that the same must be true for my fellow Beijing shoppers.

Several failed shopping trips later, I chanced upon a closed vintage shop in the Gulou district late one night. I peaked through the windows and discovered racks and racks of liberty print skirts, stonewashed denim, and flannel. Pressing my nose against the metal shutters, I spied leather satchels and tasseled brogues, enough to send me into a state of euphoria. I quickly took note of the name: Mega Mega Vintage.
Located on East Gulou Street, the store holds odd hours. Only after a few unsuccessful attempts did I realize that the store was unlikely to open before the early evening. When I finally gained admission, I was surprised to find that all of the goods were imported from America, Europe, and Japan. The slightly claustrophobic space was decorated with old British and American paraphernalia, complete with a red telephone box in place of a fitting room. Owned by Liu Ke, M&M Vintage was one of the first vintage shops to open in Beijing. In interviews, Liu has described vintage (or guzhuo) as a culture that not only values the history of fashion, but also ascribes new meaning to the remnants of things past. For Liu and his customers, arming oneself in vintage is to confront the homogenizing force of fashion trends.

Over the past few years, Gulou has transformed into the destination for vintage shopping. In addition to M&M, Tiger Vintage, Old News, DDR, and a handful of other stores offer vintage clothing, accessories, and home goods to a growing population of young urbanites seeking to articulate a unique identity in the age of disposable fashion. Like Beijing’s elite designers, these vintage sellers have studied abroad, traveled, and returned to China to start their businesses. The vintage phenomenon is an outcome of the mobility, both physical and cultural, afforded to a generation of affluent youths who came of age during the China boom. By wearing vintage, these identity-conscious shoppers can boast authenticity and distinction. By buying and selling vintage, shop owners lay claim to a culture that pre-dates mass production, fast fashion, and most importantly, the “Made in China” trademark. They stock their stores with European and American vintage, avoid most merchandise produced after the 1980s and instead, opt for trends from the 50s through 70s – when the market had yet to be saturated with products manufactured in China. Whereas goods made in China represent the regime of readymade appearances, vintage goods are viewed as containing intrinsic worth by virtue of its limited production, workmanship, and novelty.

Their affinity for vintage, perhaps, bespeaks the backlash against waste and obsolescence that is gaining traction across major cities. Some critics might dismiss the proclivity for vintage as an instance of random cultural borrowing premised on an imagined past – yet another manifestation of the global fashion system. Or they may just be accidental bricoleurs playing in the storehouse of nostalgia, working to humanize forms of wear.

Before I left Beijing, I went to a vintage and secondhand flea market hosted on the roof of Triple-Major, a concept store that carries obscure labels from across the world. The event was as much of an opportunity to purchase imported vintage leather pumps as it was to get acquainted with a community of locals and foreigners invested in the fight against the ephemeral. In a city so intent on erasing the vestiges of history, wearing vintage has become a battle cry that calls attention to their appreciation of the past. 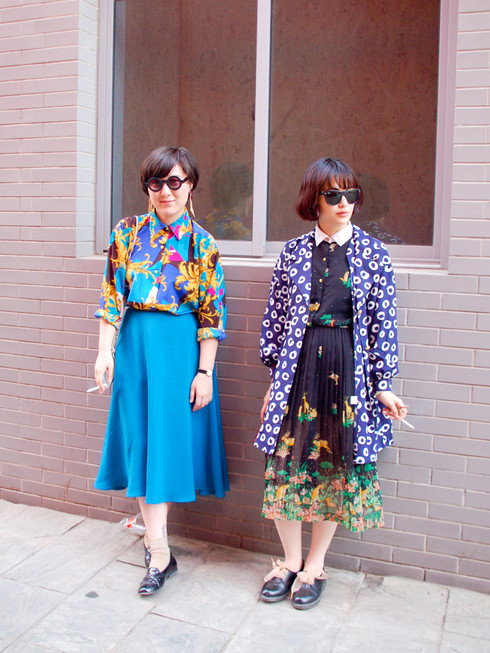 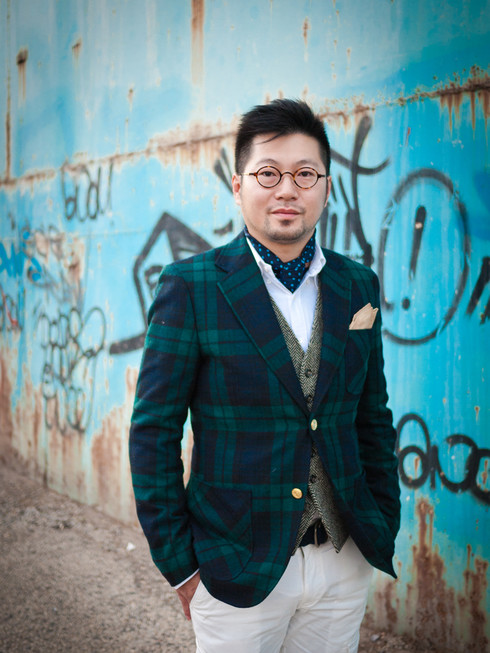 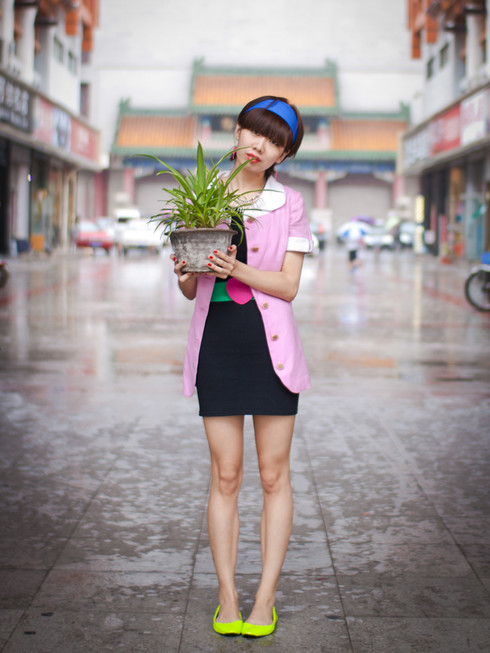 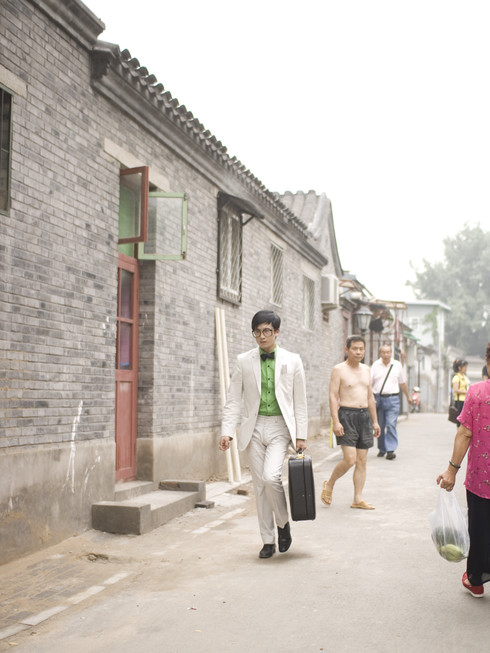