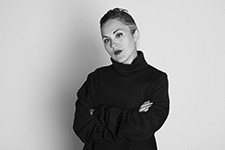 Meghan Scott started her career in the early 00’s in New York City as a stylist assistant to some of the cities well-known fashion influencers. During her eight years in NY she styled editorials for fashion, music and art publications such as British GQ, Tokion, A4, The Fader and Vision China.

Before moving to Stockholm in 2011, Meghan spent a year in London and worked alongside the Editor-in-Chief, AD Brylie Fowler of award winning fashion publication, Plastique Magazine. In 2012, she joined Odalisque Magazine as Fashion Director in and has since then added Creative Director to her title. Meghan also free-lances as a creative consultant.