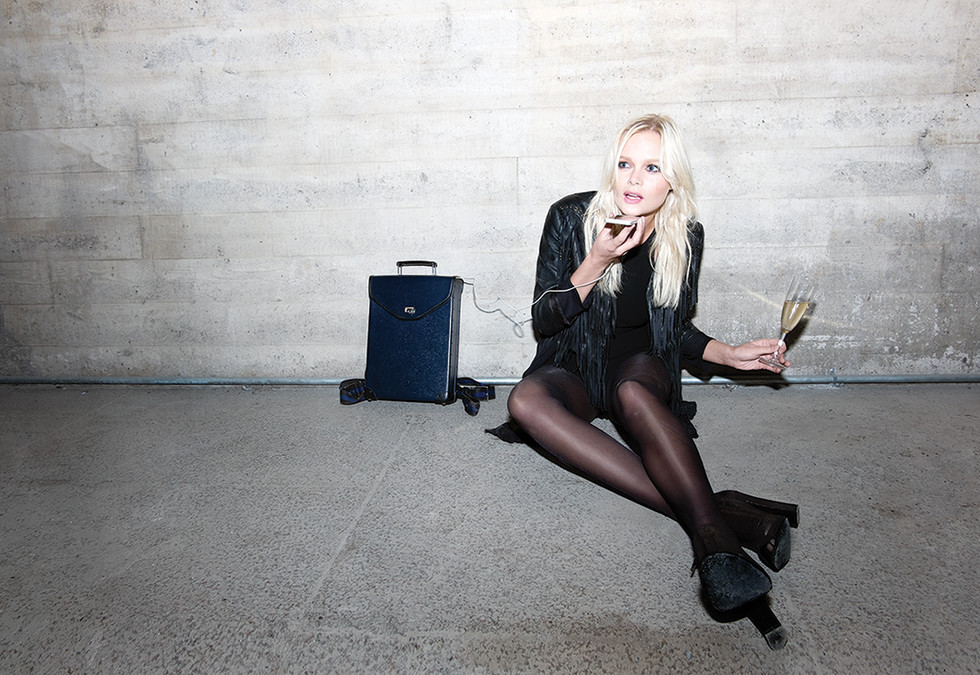 It all started with an offer I received from the Vice magazine that where going to make an anniversary-something edition in 2014 and they asked me if I wanted to participate and buy an ad for my bag company in the mag.

Despite the fact that my company still was so new and the PR-budget small; I said YES!.

I only had “one” problem… almost no time, no model, no photographer or stylist!

I thought that I'd take the pictures myself, and I had my best friend Alex working as my photo assistant, so that was no problem… but what about the rest???  Anyways, I called up my other good friend Tove and asked her if she could help me out this rainy sunday evening in September. Luckily, she said that she might be able to sort it out in some way - she just had to make a few calls!

Two hours later, after driving around with Alex and picking up clothes, the model Nina (that Tove styled and applied make-up on in just 30 minutes, which was a stunning effort of her!), we where ready to shoot the pic under a local brige in central Stockholm.

Without making this story too loooong, part of the result is seen above!

Unfortunately the ad never reached the printed magazine and the reason is still unknown. For what I understood at that time, it had nothing to do with the fact that we didn't deliver the picture in time, but rather the fact that Vice hade some other kind of issues going on. Anyways, I never had to pay anything or likewise for the ad, so that was pretty cool, and I'm still a happy man! You see because, at this very day, I got to know some of my very best friends. My friend Alex “the assistant” and the model Nina is now a couple and has been for more then a year… for this I will always be thankful and happy about.